During the meeting, all governing and subsidiary bodies of the UN, the Framework Convention on Climate Change, the Kyoto Protocol and the Paris Agreement convened. The Talanoa Dialogue concluded its technical and political phases during this conference.

The conference aimed to deliver a “rule book” for the Paris Agreement as well as to create measures that further facilitate its implementation. The 24th session of the conference was facing a lot of challenges because, despite commitments of the contracting parties, the global conditions and the warning signs of science, the global emissions increased in 2017.

In the light of the Austrian Presidency of the Council of the European Union, Austria had a crucial role in 24th session of the COP. Ms. Elisabeth Köstinger, the Austrian Federal Minister for Sustainability and Tourism, and Mr. Miguel Arias Cañete, Commissioner for EU Climate Action & Energy, represented the common position of the European Union. Ms. Köstinger highlighted the high ambitions and the pioneering role of the European Union in the fight against climate change. Europe produces only 10 percent of the emissions, although it finances 40 percent of international climate protection. “This means that we take our role very seriously and try to help less developed states in this regard” (1) stated Ms. Köstinger.

The Austrian minister also urged other countries of the international community to prevent further global warming by working toward the ambitious rule book. She also emphasized the inevitable role of the High Ambition Coalition, which was joined by Austria during the conference and supported the “Statement on Stepping Up Climate Ambition”, which called for the highest possible ambition in the climate negotiations in Katowice. This statement was released on the 12th of December 2018 and can be found here.

The adoption of the final statement at the conference required the approval from all countries without exception. The rulebook reached a compromise on politically delicate issues such as finance and differentiation and delivered 97 pages of operational guidelines. It provides a transparency framework, which contains a detailed guidance on countries’ reporting and review obligations. All parties of the contracting parties “shall” submit transparency reports every two years. The first report of the countries has to be submitted by 2024, although it allows flexibility for developing countries in the scope, frequency, and level of detail of reporting. Despite this flexibility, countries  are required to explain why they need the flexibility and must provide self-determined time frames in order to improve reporting.

Parties adopted the Katowice Climate Package, which includes decisions on almost all of the issues mandated as part of the Paris Agreement Work Programme, such as:

The 24th COP in Katowice delivered a rulebook that enables ambition; however, there are still many challenges left. A quote from the UN Secretary-General Mr. António Guterres, which was read at the closing ceremony, appropriately summarizes these challenges:  the priorities now are “ambition, ambition, ambition, ambition, and ambition” not just in terms of mitigation and adaptation but finance, technological cooperation, capacity building and innovation.

(1) Press release: Federal Ministry for Sustainability and Tourism: Federal Minister Köstinger: “Consensus in Katowice is a key step towards implementing the Paris Agreement”https://www.eu2018.at/latest-news/news/12-17-Federal-Minister-K-stinger---Consensus-in-Katowice-is-a-key-step-towards-implementing-the-Paris-Agreement-.html 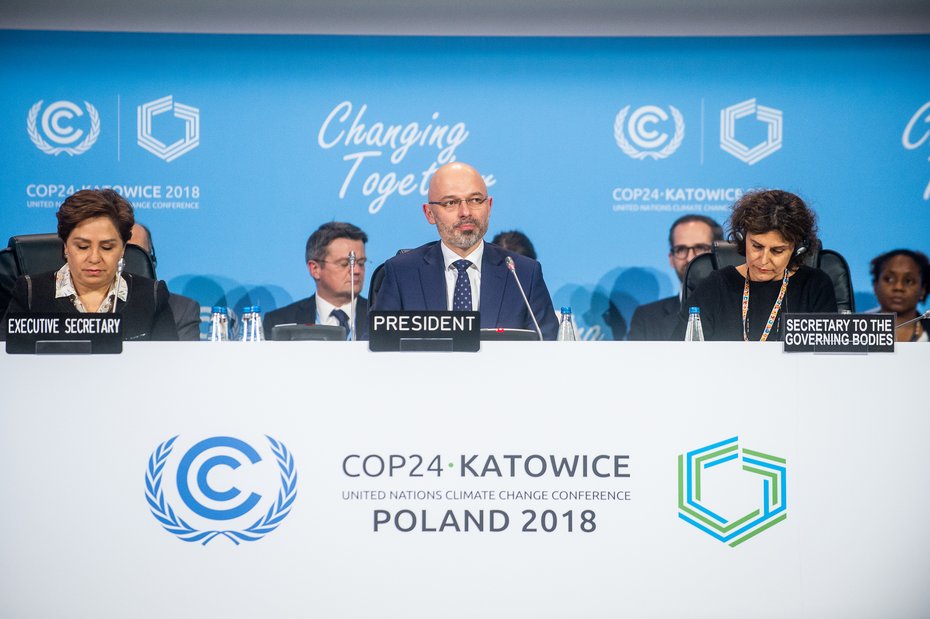